When I was a boy - 1940's-50's - I had a plastic building set called, Build-A-Bricks, or some such. It was for modeling brick houses. The pieces were similar to LEGO but larger and there were cardboard windows, doors and roof elements. Does anyone remember such a product? Are there any such products on the market now?

Don’t remember any instructions, just used my imagination to build houses, towns and even battle ships! They were mostly red, some white hence I could have opposing battle ships. LEGO with its kits to build a specific thing has always seemed to me to demand less of the imagination. 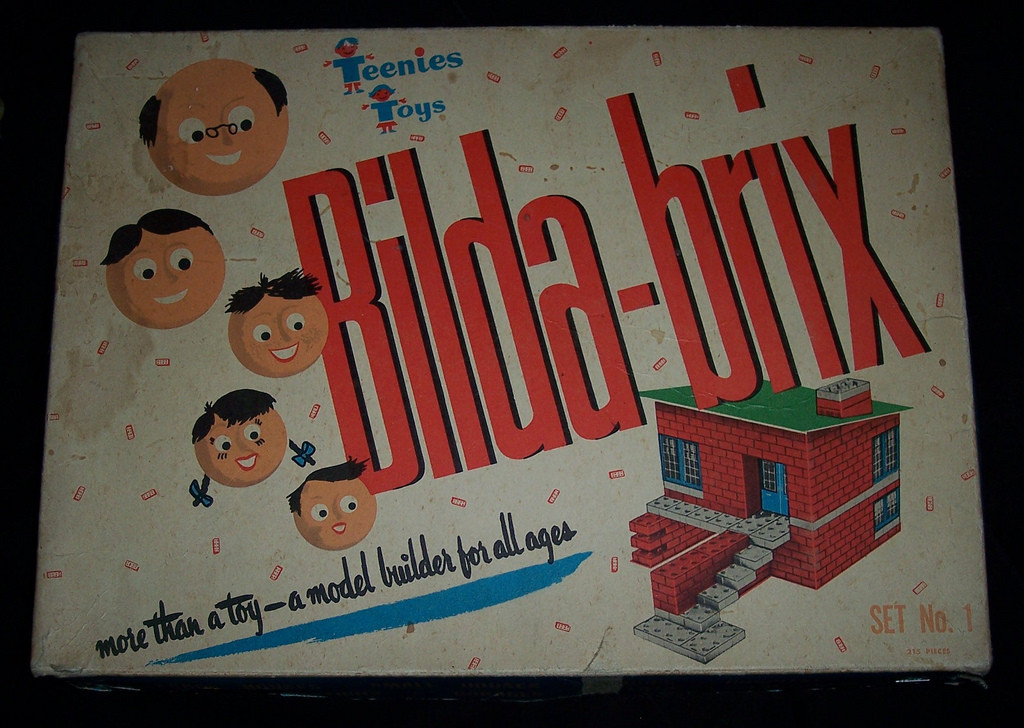 Not the answer you're looking for? Browse other questions tagged building clone-brands or ask your own question.

10
Are Nanoblocks compatible with other building bricks?
8
Is there a good way to build a dome on the top of a building?
17
Building a full-size lamp using LEGO bricks
3
Variable stick lengths and angles at nodes of building bricks
9
Late 1970s hospital and helicopter building brick set
7
The controversy around clone brands
8
How can I complete the build of this Lunar lander from the Space and Airport Set (9335)?
0
Are there any cases of Illegal Building in an official lego build?
16
Estimate building time for a given LEGO set