Are these bricks old LEGO/Duplo clones?

Can anyone identify these bricks, which I suspect are LEGO clones. They may be more than 30 years old.

I bought them on ebay as Betta Bilda from LEGO/Duplo dealer. Some BB was included, but these are unknown to me, with an extensive BB collection. 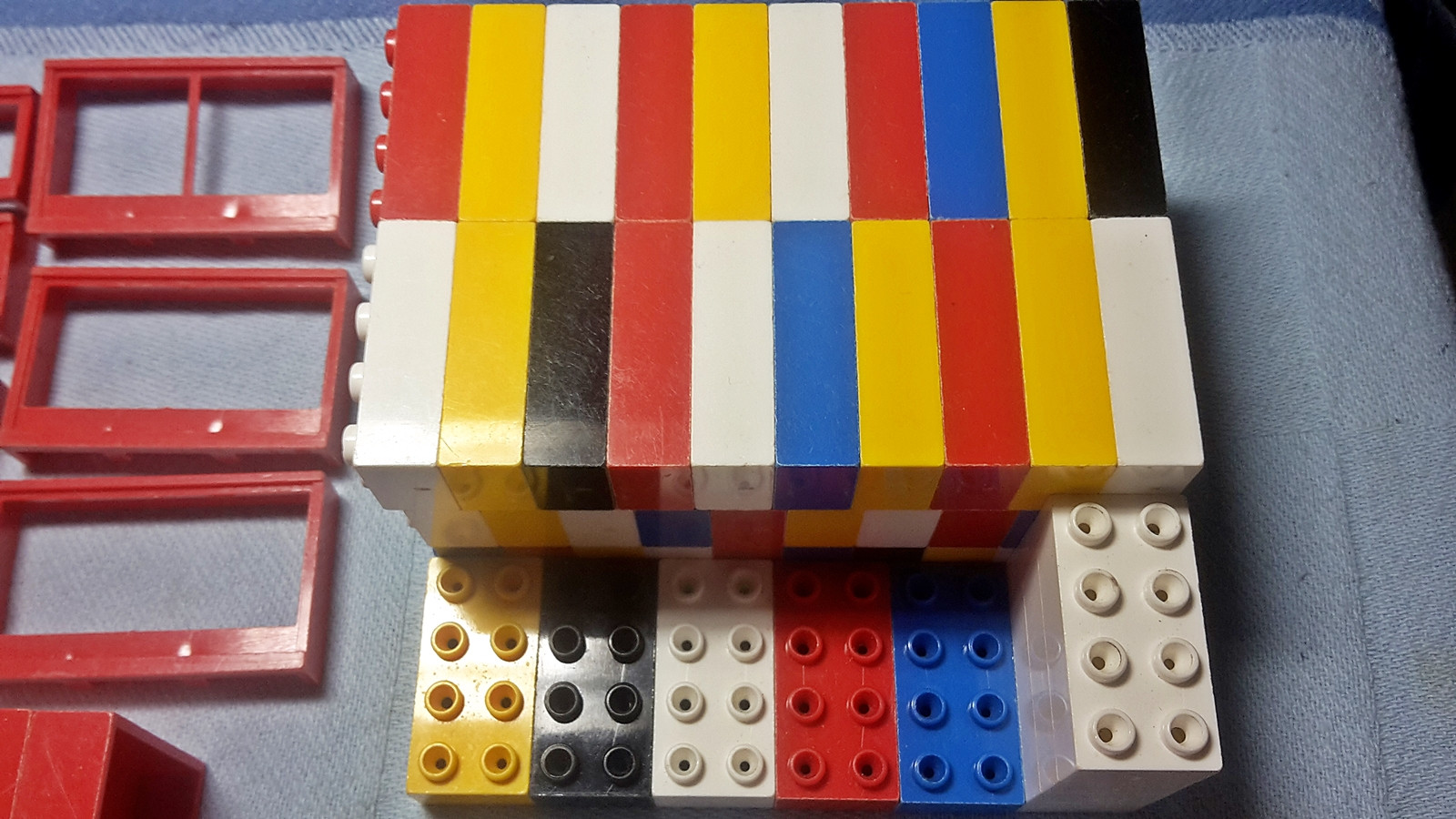 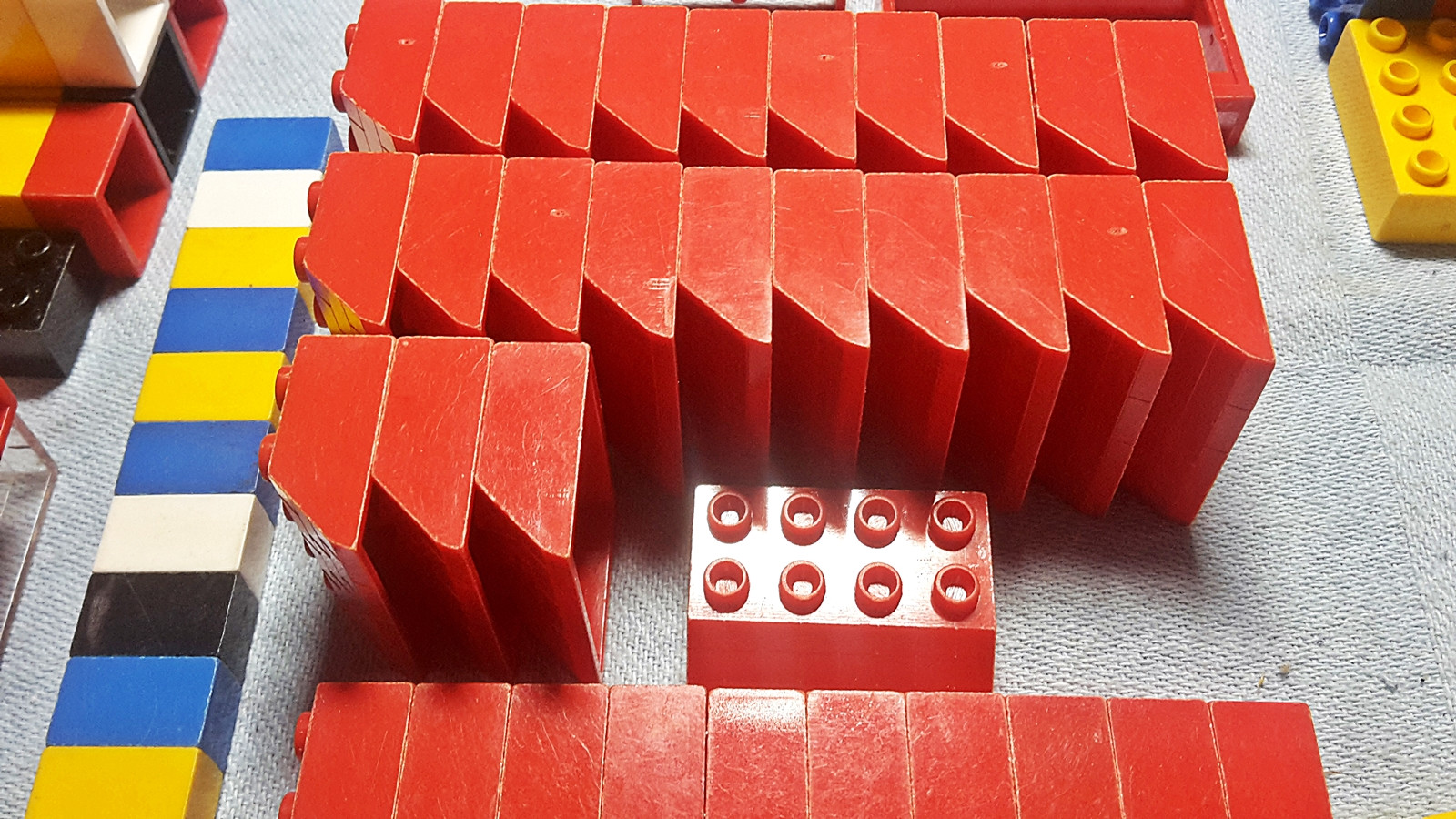 The underside of the bricks is hollow and with apparently random numbers - they aren't part numbers because they are different for the same part and sometimes the same for different parts. Window frames have no top studs. 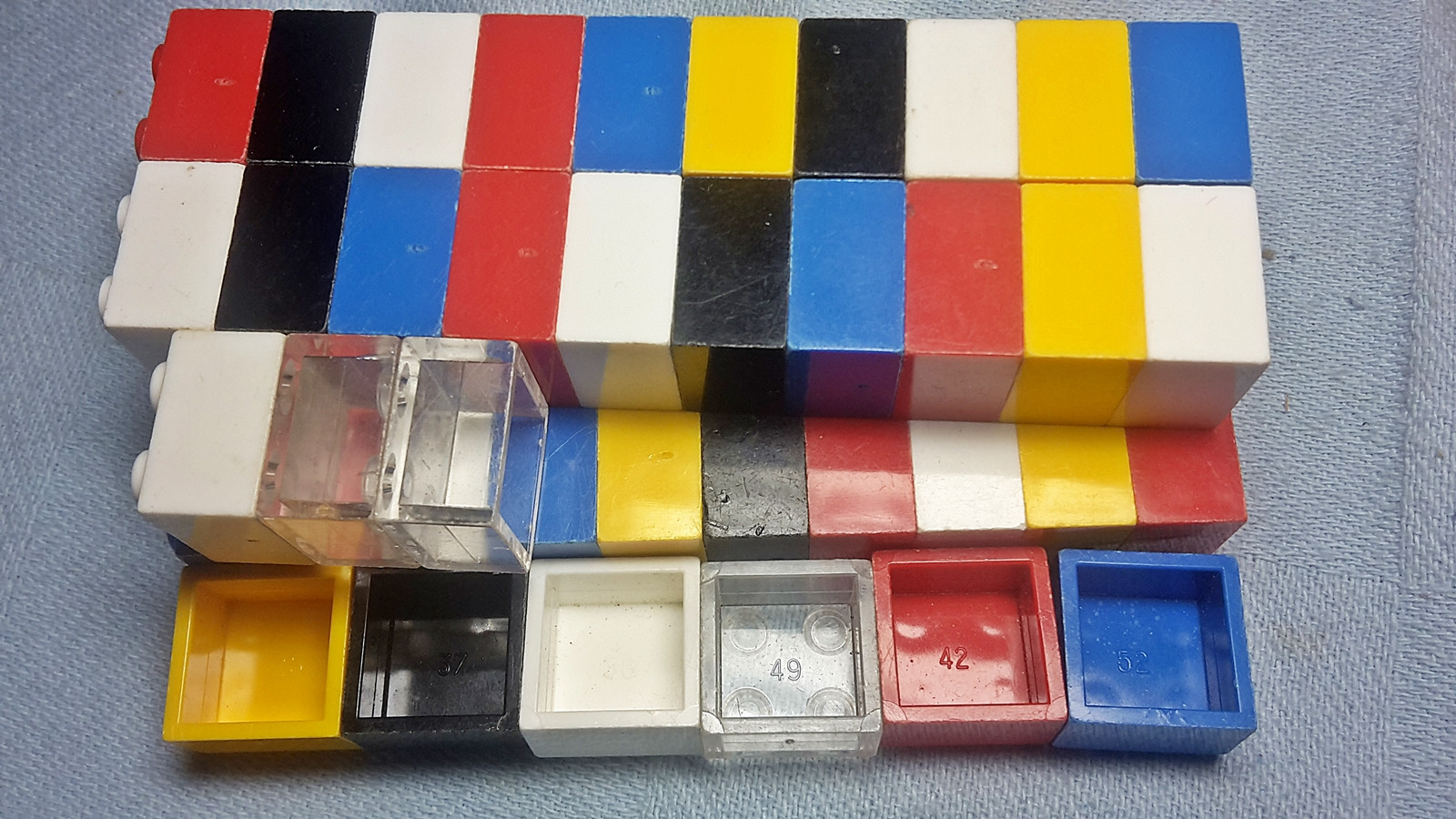 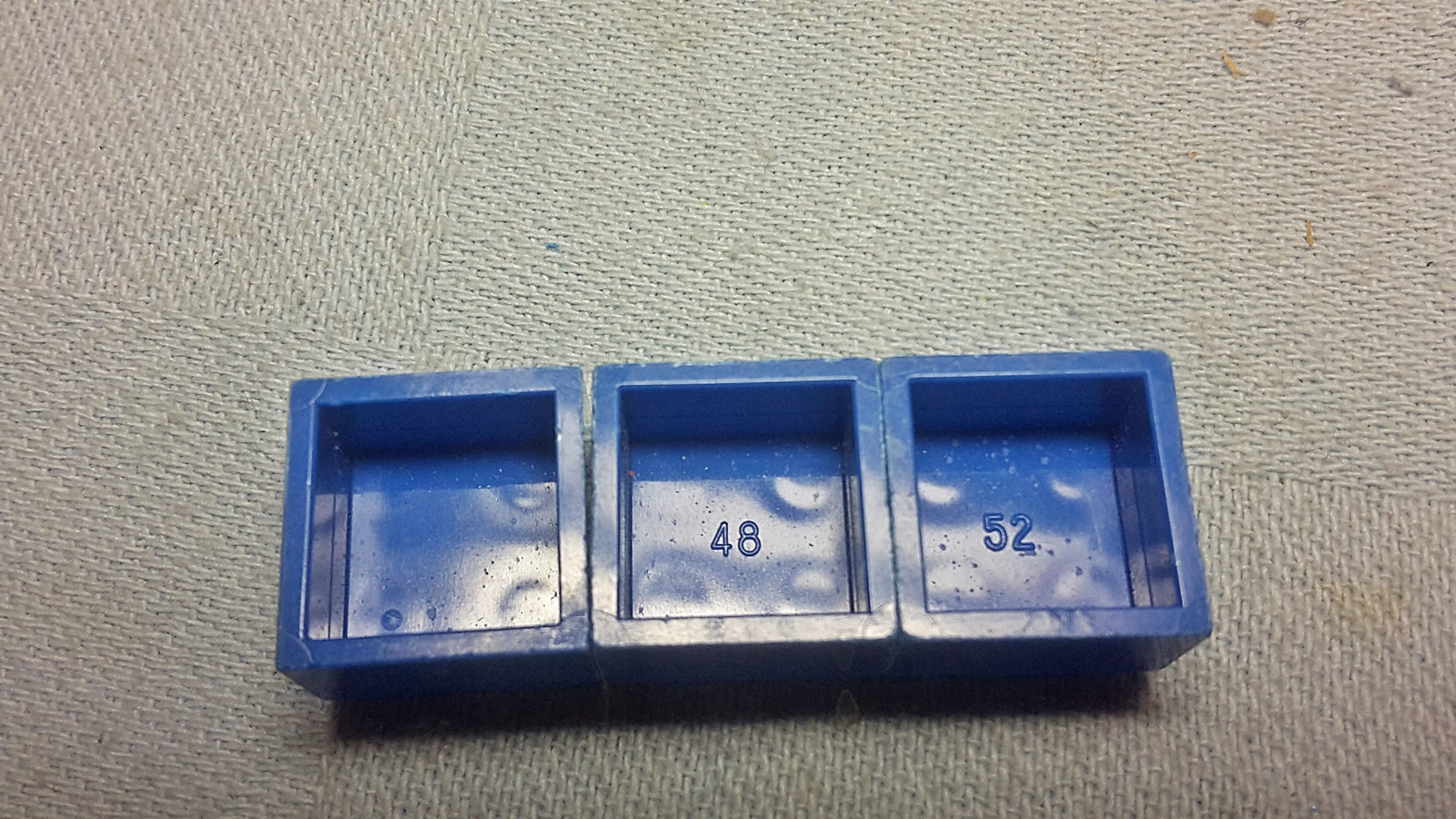 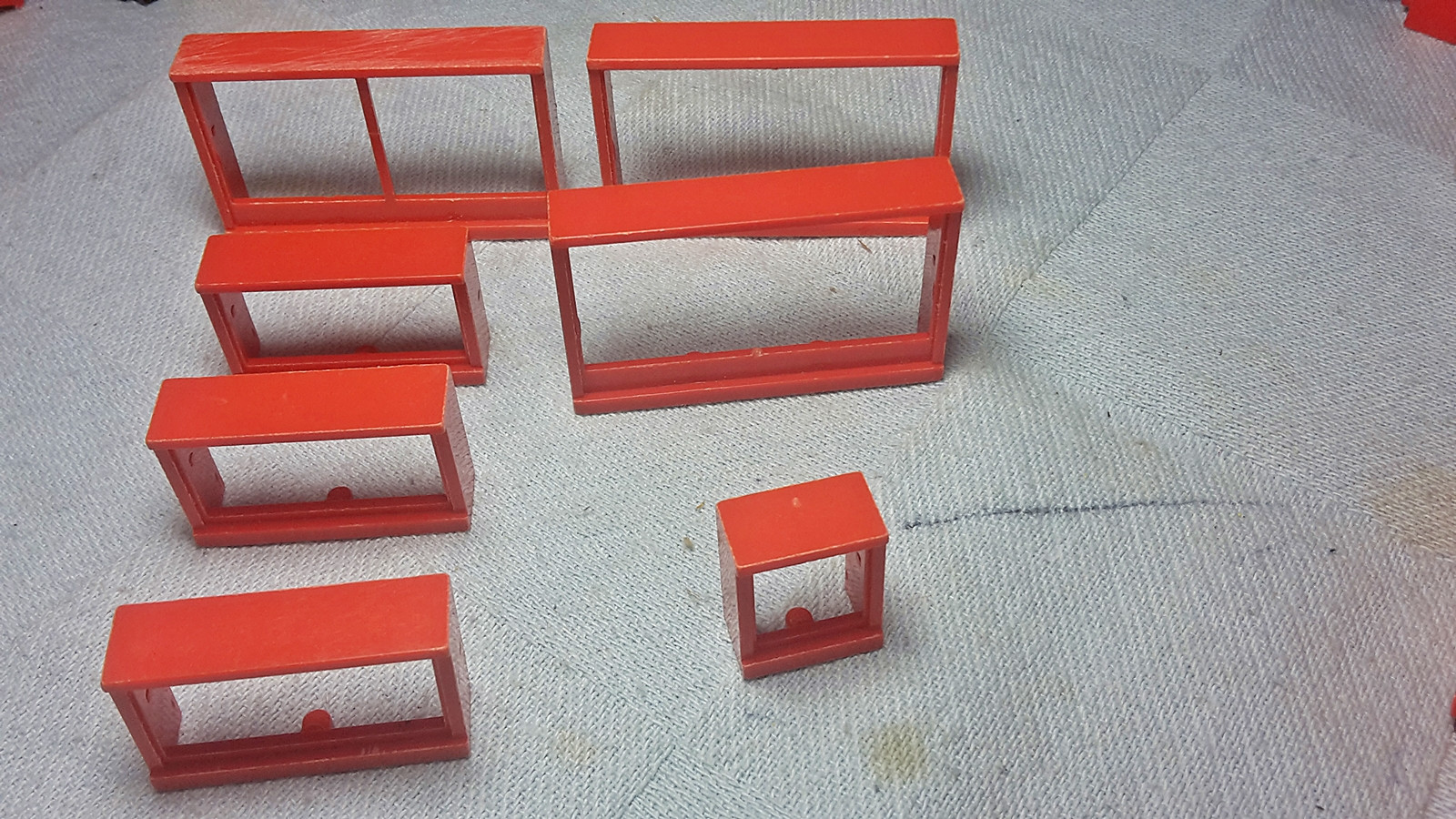 I took a good look through many posts with similar questions, but found nothing that matched. Many Google reverse images searches kept pointing at real LEGO/Duplo, before I noticed this place.

Usually I can identify unknowns like this, but these are a real challenge.

Some comments have asked for clarity on size of these bricks. The majority are close to if not identical to 8 stud LEGO, although there are also 2 and 4 stud bricks too. They clip to Betta Bilda pieces, in a similar way to authentic LEGO. The window frames appear to be confirmed by two comments as 1950-60 LEGO, but additional insight would still be appreciated.

As suggested by @mindstormsboi I contacted LEGO customer services and sent them a link to this question as well as many additional photos. The information was passed to their expert team and the answer that came back was "they believe that these are not LEGO® parts". They were not able to identify them as a known clone type. I feel obliged to accept that as a definite answer, although it leaves unknown who actually manufactured the bricks I have. I will continue research into that question, but elsewhere.

The customer service team member also gave me two interesting links to a fan created website with some of the history of LEGO parts, as well as section covering many of the clones and similar brick building sets. I include the two links below, as they may be of interest to some who find this question and answer.

Thank you to all who contributed their knowledge, experience or point of view.

From the LEGO Wikipedia Page "1961 and 1962 saw the introduction of the first Lego wheels, an addition that expanded the potential for building cars, trucks, buses and other vehicles from Lego bricks. Also during this time, the Lego Group introduced toys specifically targeted towards the pre-school market." here is a picture of these first-ever Duplo bricks from the 60's

I don’t exactly know if it is LEGO, But it may be an old version of LEGO. The numbers also could be the date the were made or a factory code.

I don't think they are LEGO due to the holes in the middle of the studs. LEGO pieces also say "LEGO" somewhere on them, so I bet that they are a 3rd party brand.

User 119User 119
1
1
Add a comment  |
Highly active question. Earn 10 reputation (not counting the association bonus) in order to answer this question. The reputation requirement helps protect this question from spam and non-answer activity.

5
Could you help me identify these vintage bricks with holes in the studs?

18
What is the name of the Lego product that snaps together with knobs?
13
Are these trees LEGO parts?
7
What are these bricks with filled interior and holes/tubes going through?
4
LEGO variant, or is it?
4
Please identify these two kinds of Lego bricks (circa 1990's)
9
Late 1970s hospital and helicopter building brick set
11
How To Sort Out 3rd Party Technic Clones From LEGO Originals?
5
Can anyone identify these two makers marks (logos) on these "Clone" bricks?
4
Does anyone know these non-LEGO bricks? dimples in studs, no connectors on the bottom