How to estimate the pieces of a construction from just one photo?

My teacher is handing points to anyone who could guess how many pieces are in the construction shown below. I’d say there are about 350 but most people are saying thousand or more, which is insane to me. The only clues are that it is 43 cm long and 24 cm wide. 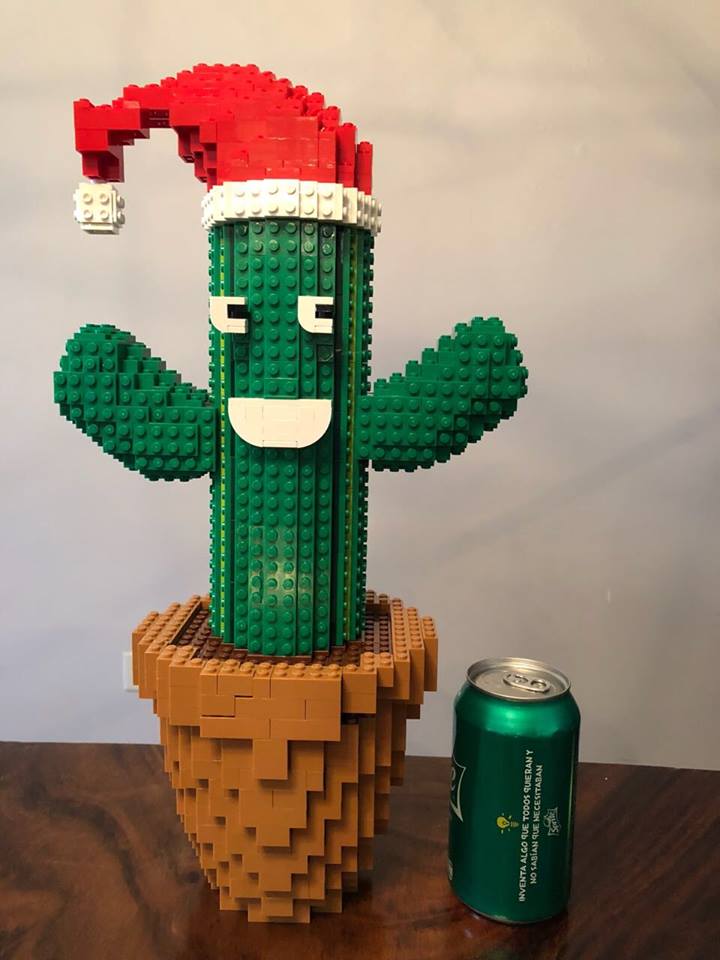 In this case, knowing that the model is 43 cm long and 24 cm wide isn't particularly information. It's very difficult to give a rough average of parts when all the parts vary in size and the model isn't in a single primitive form (cube, sphere, pyramid).

With the exception of the eyes and mouth, this particular model appears to be built almost perfectly symmetrically. If you can imagine a flat plane bisecting the model in two vertically you can count the bricks on the visible side (minus the details) and duplicate that number to get a rough guess.

The model could be mostly hollow, but there are bound to be certain pieces that you don't see on either side of the model that add to the physical structure. In particular the bricks that attach the eyes and mouth and the SNOT details on the arms.

In some places it can be a bit hard to visually count the bricks (particularly around the mouth). You can use basic image editing software to sharpen the image and get a clearer idea of how many parts are used.

There are also some unusual aspects in this model where three pieces have been used where a single 2x4 brick would do as shown at the top of the front side of plant pot.

In conclusion, either the teacher is trolling you, or you are trolling us with this question.

Not the answer you're looking for? Browse other questions tagged challenge or ask your own question.

48
What is SNOT building?