Are there LEGO plates without the word "LEGO" on the studs?

I came across this image of the "LEGO Stack Overflow Hat" which is a hat made out of LEGO. 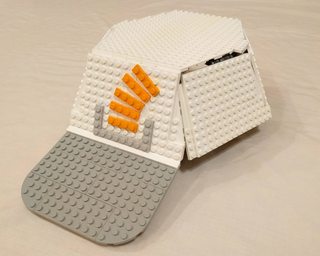 The individual who made the hat asserted, "it's 100% LEGO," but if you look closely at the hat, you'll see there are plates on it which do not have the word LEGO on them. 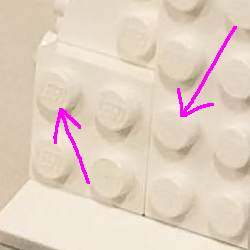 Since it is ostensibly 100% LEGO, what LEGO plates have studs without the LEGO logo on them?

There are no LEGO parts with studs that have no logo on them. The hollow versions of studs which are on technic bricks and many other bricks have the Lego logo printed on the insides.

As someone that goes through a lot of used LEGO, I have found that there are some parts that have been worn and the logo is not nearly as visible as it would be brand new. That said, I have never seen any part be worn to wear the logo has been smoothed out. The ABS plastic that TLG uses for normal system parts is quite hard and would really have to take abuse, not just playwear, to get to a point of smoothness on the studs.

In this individual case, if you look closely at any point in the picture, several parts appear to have smooth studs. This appears to be consistent on many of the parts which would certainly not lead the conclusion of wear. Furthermore, even from the relatively grainy photo, the coloration/shine of the smooth studs parts just seems off...

In any case, it's nearly indefinitely false that the hat pictured is 100% made of LEGO parts.

Upon the added pictures from the creator, it would appear I am wrong. While most of what I said still stands true, I underestimated the power of bad lighting! I've seen some photos that distort the look of LEGO, but never to this extent! I stand corrected.

What you are seeing is actually the result of poor lighting, somewhat worn bricks, probably camera app noise reduction, and perhaps image compression, although if you look really closely you can kinda see it's a little darker where the lettering is.

As the creator, I promise that every piece in the hat is 100% genuine LEGO pieces (no knockoff brands). Unfortunately, when I took the picture the sun had set, and all I had was some weaker household lighting.

Here's another shot of the front with the face turned towards the lighting, so the lettering will catch some contrast. 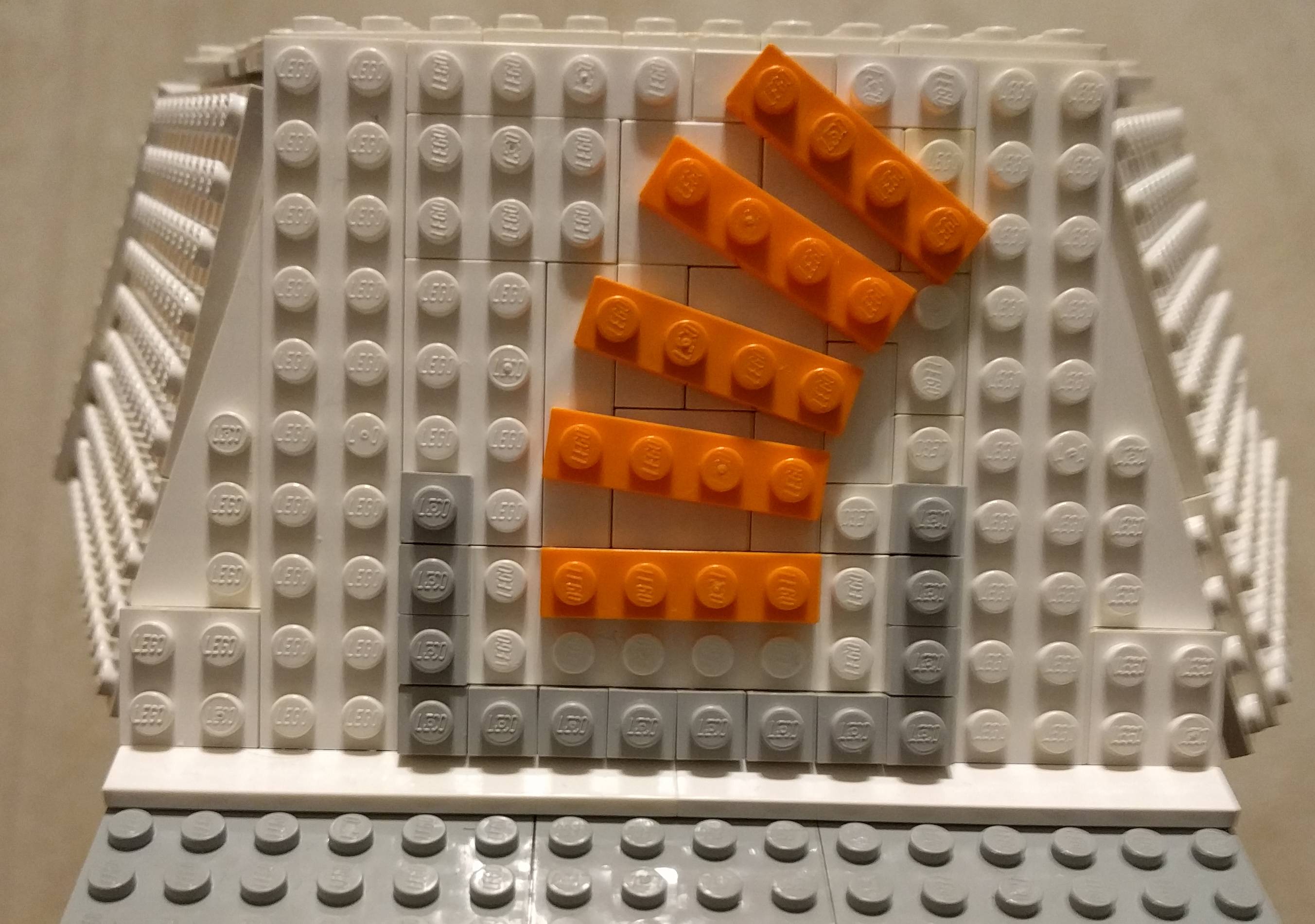 The 2x2 plate in the bottom left does have more-pronounced lettering than the older 2x10 plate next to it, which is why you are able to see it better in the other picture.

To answer the question of are there plates that don't have "LEGO" stamped on the stud, no there are not to my knowledge. Even the the first LEGO plates have the stamp. Some special plates do have hollow studs though.

There are a (very) few official LEGO elements that don't have the logo stamped on the studs. the new 1x1 dots for example, have a hole through the center, and as a result don't have the logo. In a similar vein, there are a few window frames that had similar indented studs that have no logo.

An overwhelming majority of LEGO parts have the LEGO logo stamped somewhere on the piece though, often in some unobtrusive spot. While there are elements that have no official branding on them at all, they are rare.

9
Which parts do not have the LEGO logo stamped on them?
2
Are there LEGO plates without the word “LEGO” on the studs?

13
Are these trees LEGO parts?
10
Is this antenna a LEGO piece?
4
LEGO variant, or is it?
17
Are these bricks old LEGO/Duplo clones?
5
What is this orange winged thing without studs?
0
Where to find pictures of undersides of bricks? (possibly Lego clones about 25-30 yrs ago)
2
Are there LEGO plates without the word “LEGO” on the studs?
8
Older compatible/clone brand with PB initials
4
Is this a LEGO part? It looks very similar to a technic axle connector 2x3 with ball socket
6
Are these LEGO windows?