I've been working on making a replica of the Dalek from LEGO Batman.

I've worked my way through this video tutorial and the author identifies some differences between their (awesome) effort and the original from the film.

I've built a replica in the LDD and was trying to identify how the laser was constructed. 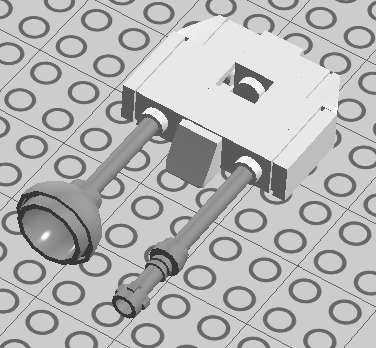 This is okay, but lacks some of the articulation which it should be capable of. Now, I appreciate that the movie was CG based and some "cheating" probably took place, but I'd like to get as close as I can 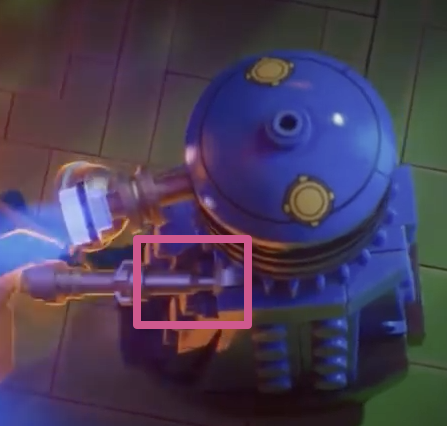 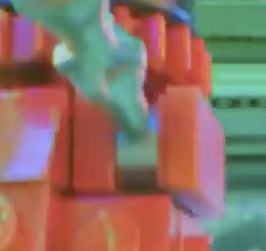 I've identified that the business end of the barrel is (indeed) a 64567 "Light sword shaft", but I can't identify the shaft element which it is attached to (highlighted).

The 64567 part needs to attached to a 3.2 shaft part, but I can't identify the part which seems to have been used, any help would be greatly appreciated.

I've spend some time going through the LDD catalog and brickset trying to identify it, without luck.

It looks like Minifig, Utensil Tool Box Wrench - 3-Rib Handle Item No: 11402i (although it looks like the ribbing may have been omitted in the CGI model): 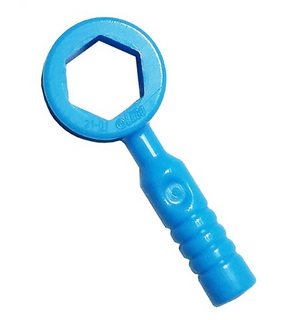 The socket end can clutch a stud, so it can be attached there.

This newer variant of this piece has come in flat silver, which is probably the closest color so far if not the color, in 5 different sets so far.

Not the answer you're looking for? Browse other questions tagged part-identification moc or ask your own question.

9
Are these trees LEGO parts?
11
Is this skateboard piece LEGO?
18
What is this piece slightly longer than a 2x2 plate with grooves and a hole?
8
Can you identify this LEGO board game with square paper tokens?
16
Are these bricks old LEGO/Duplo clones?
4
Examples of LEGO Rubber Bands Used For Friction Enclosure?
7
Connected flexible 2 x 2 white plates - what set?
20
Are all of these police minifigs from LEGO?
25
Is it possible to build a working 100% LEGO glider with the Technic Catamaran sails?
4
Help identifying piece with slide handles on both ends