Can I still motorize Universal Building Set 8034 and other from that time with modern elements?

Set 8034 was supposed to be motorized using 8700. Of course, this is way outdated and kinda pointless to buy motor this old. 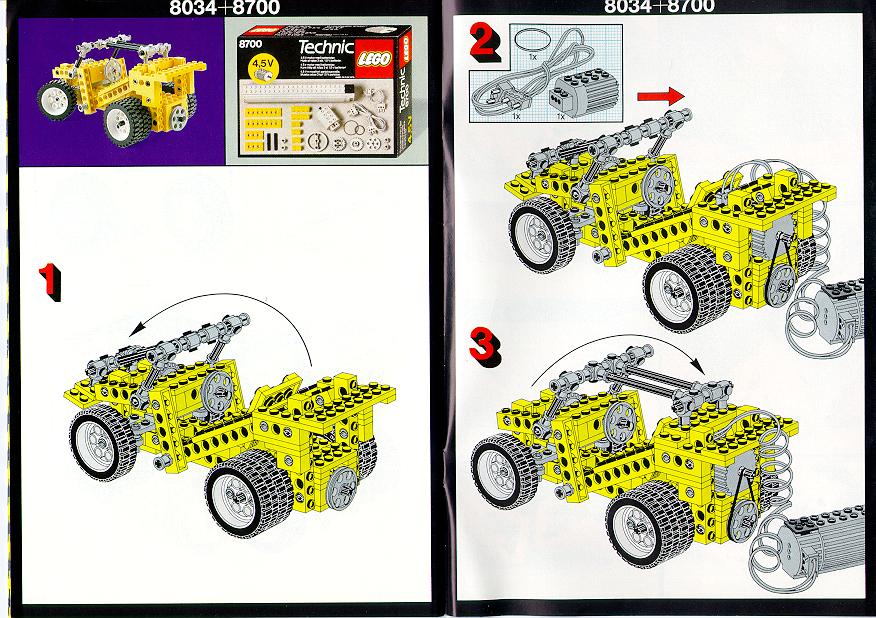 Current set for this purpose is 8293. Problem is, old motor was 5 studs long, new one is 6, and new set does not provide rubber band for power transmission. Can these be easily fixed? And is there anything else I should be aware of?

The length of the wire is another thing to be aware of. The wire attached to the motor in 8293 is only slightly more than 20 centimeters (might be a few centimeters more, I don't remember), you can double that by putting in the switch which has about the same length of wire, but it's still not much. I don't know how long the wire in 8700 was, but it looks longer.

You should also be aware that the new motor doesn't have a pin sticking out that rotates, but a pinhole, if you put in a 2L axle it will look about the same, but the notches on the newer (part 32062 - the older part 3704 didn't have notches) are in a different position (I believe they are in the middle of "each L", while the pictures show that the notch on the axle extending from the old motor is in the middle of the "half L" closest to the motor, the belt wheel was about ½L thick), so you'll have to think about how you place the belt wheel if you want to use a rubber band directly from the axle to transfer the motion. You can work around that with a (half)bush on the axle, but that significantly changes the circumference the rubber band goes around, as thus the gearing. (This section was significantly extended to address Michael Verschaeve comments, thanks goes to him for pointing out the issues I believe I have now addressed)

I don't know set 8034, but from the pictures it looks like it would be hard to fit the new motor due to the increased length.

10
Are Nanoblocks compatible with other building bricks?
15
How can I use System and Bionicle elements together?
13
Which sets currently contain pneumatic LEGO equipment?
10
How can I remove a rubber band from a pulley?
3
Any elements that can be connected to the cavity under a stud?
11
Can I safely dissassemble a 74569 motor (the old, fast 9v one)
5
How do I diagnose a problem with electronic bricks and motors?
12
How can I motorize 42077 Technic Rally Car with LEGO Power Functions?
4
Advice on Power Functions for an 11-year-old?
2
How do I run the LEGO Technic V6 engine using a Lego electric motor?