Steer with the LEGO Mindstorms EV3

In my workshops I get asked regularly, what the turn option of the default steering block means (see the image).

Obviously, if the turn option is set to 0, the robot is moving forward. A positive value is turning right, a negative is turning left. So far, so good.

I looked in the source code and found a programming scheme I tried to visualize. A large comment within the code describes the process as follows:

If I visualize those values, I get the following image for speed 100: 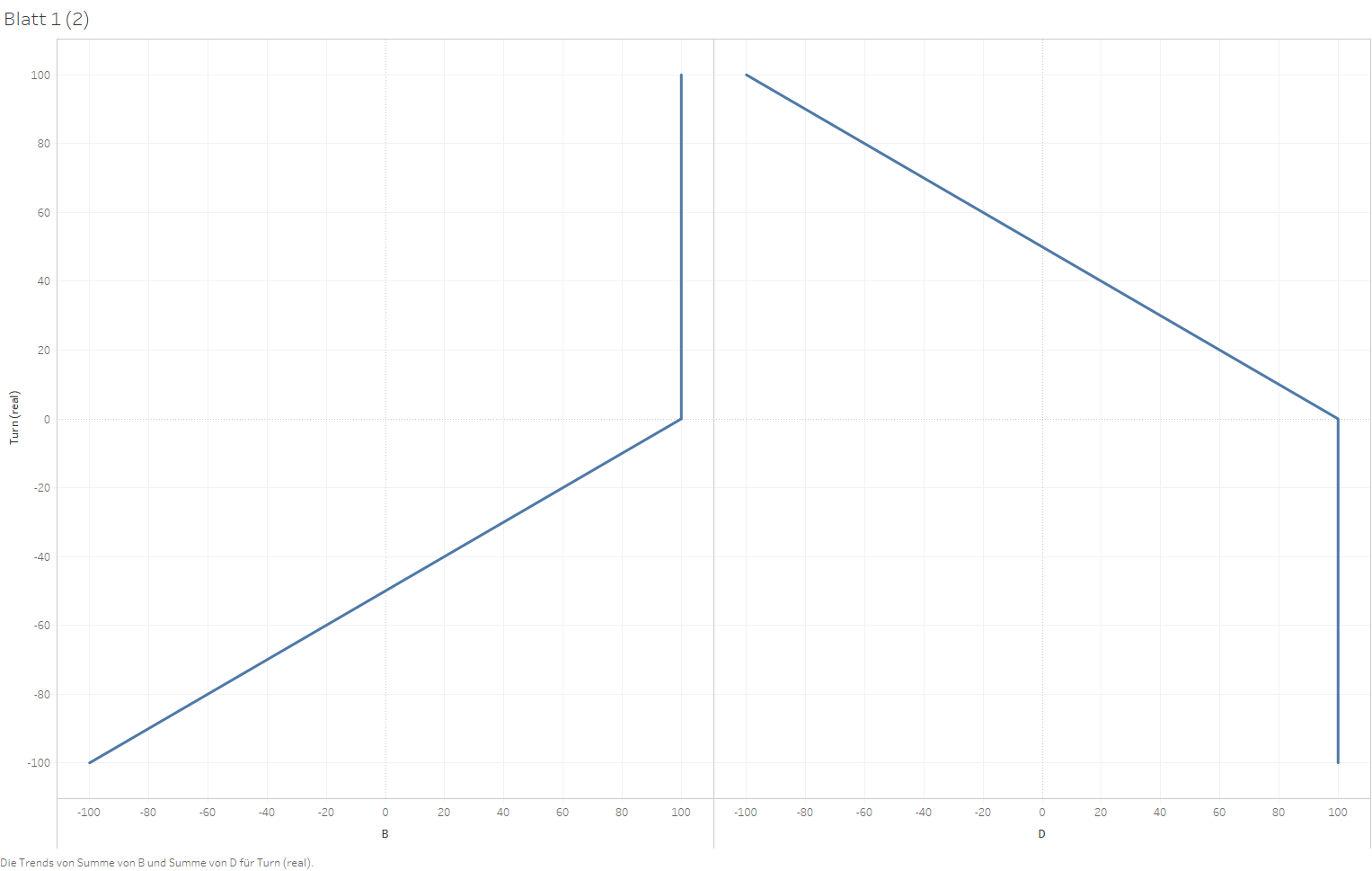 That's fine. You can see the real turn value (the ones we as a user can set) and the calculated speeds for two (virtual) motors B and D. I tried this with the educator model and it works perfectly well.

But when I use the same code for another speed value (33), I get motor outputs that are too high in my opinion: 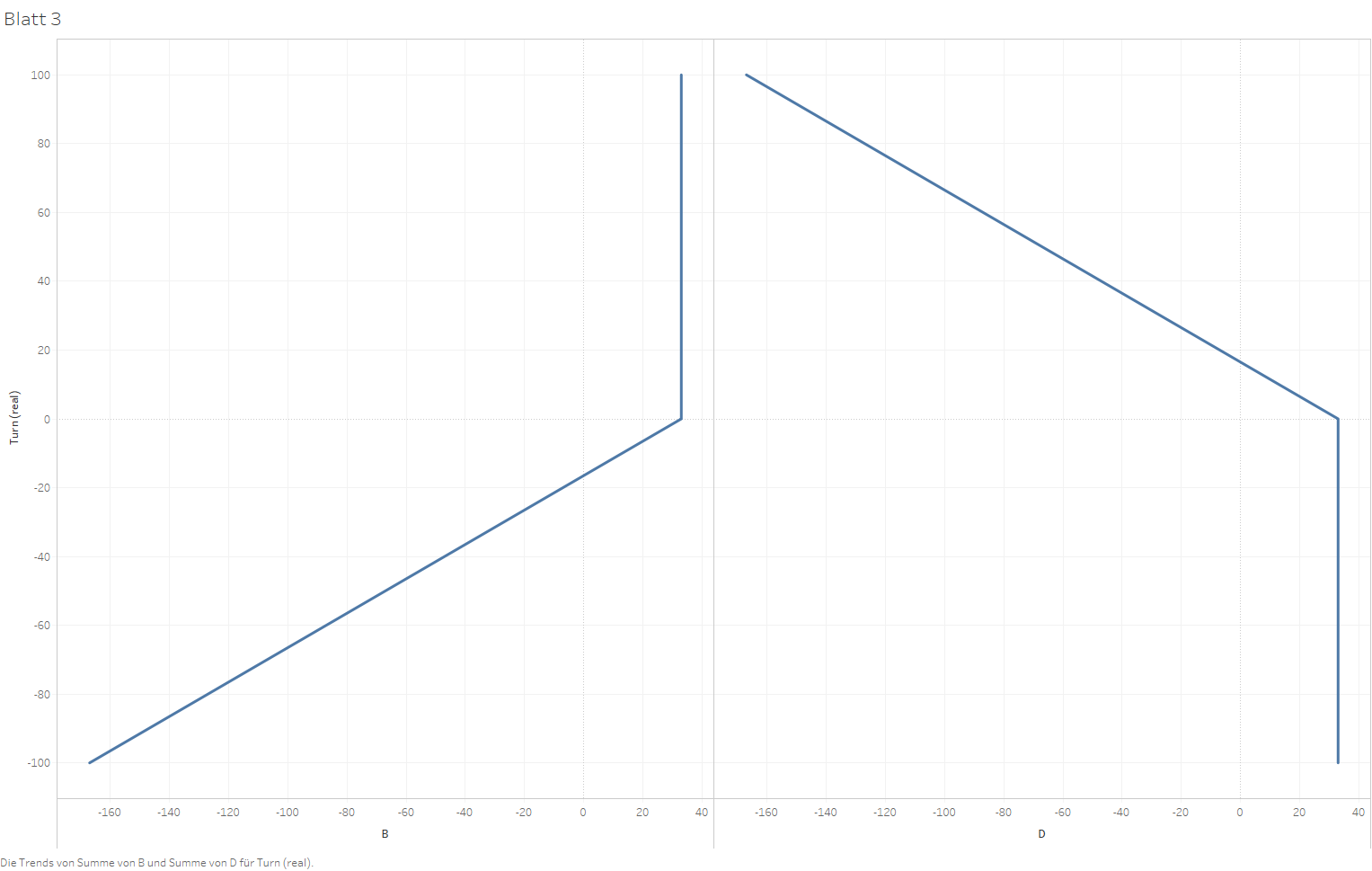 The Motors will have values over +100/-100. Is there a threshold in the code and the motor outputs will be cropped?

Did someone else dig into this? Did I made a mistake?

P.S.: I love such things. If someone is interested in doing more if this, just ping me. :)

I can't say that I understand your problem, but maybe this link will help EV3 Move Steering Block Explained

If you are asking about how the steering parameters relate to how much the machine will turn, then that is going to depend very much on the geometry of the machine: wheel diameter and wheel separation.

I believe that it is the intention that the ratio between the speeds of the two motors is entirely determined by the turn parameter, not the speed parameter.

I think the following code better represents how the turn block behaves:

Not the answer you're looking for? Browse other questions tagged ev3 ev3-g steering or ask your own question.