How do the various LEGO springs compare? 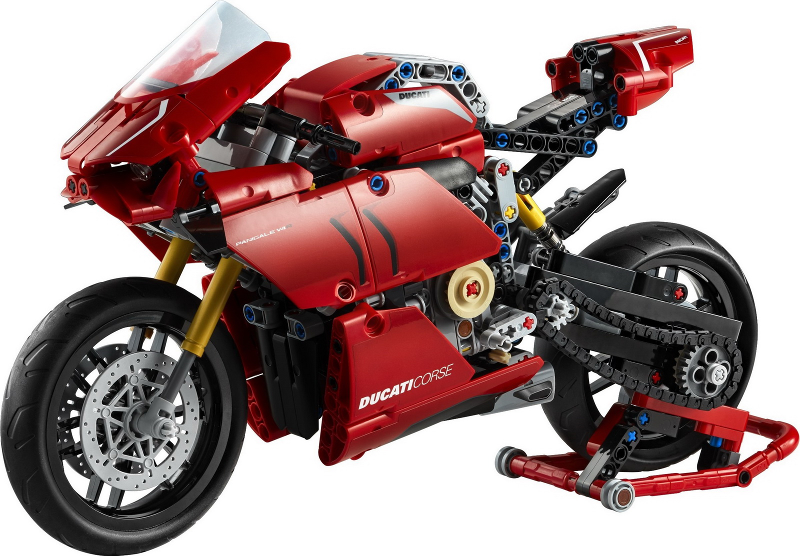 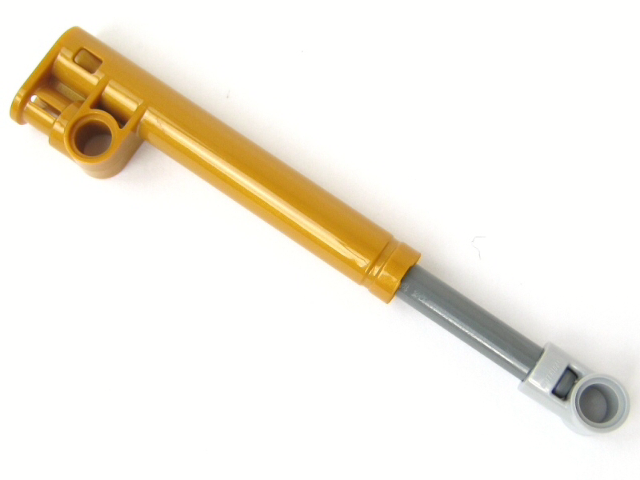 Why did LEGO create this new spring, and what makes it different from other LEGO springs?

Over the years the LEGO group has made a number of different springs, dampers and suspension components. The most widely known ones are the springs in the 731 series, such as the above mentioned 731c04 (Hard Spring) and its cousins 731c05 (Normal Spring) and 731c06 (Soft Spring), but there are other more specialized springs as well, such as 32181 (which comes in a soft and normal spring version) and even this “cute” little brick-sized spring (part 2695c01 Brick, Modified 1 x 2 x 2 1/3 with Spring Unit (Shock Absorber)): 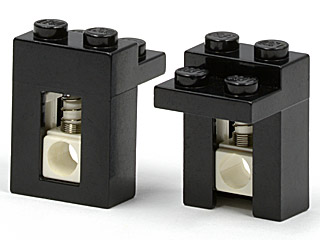 Here are these 5 springs side-by-side: 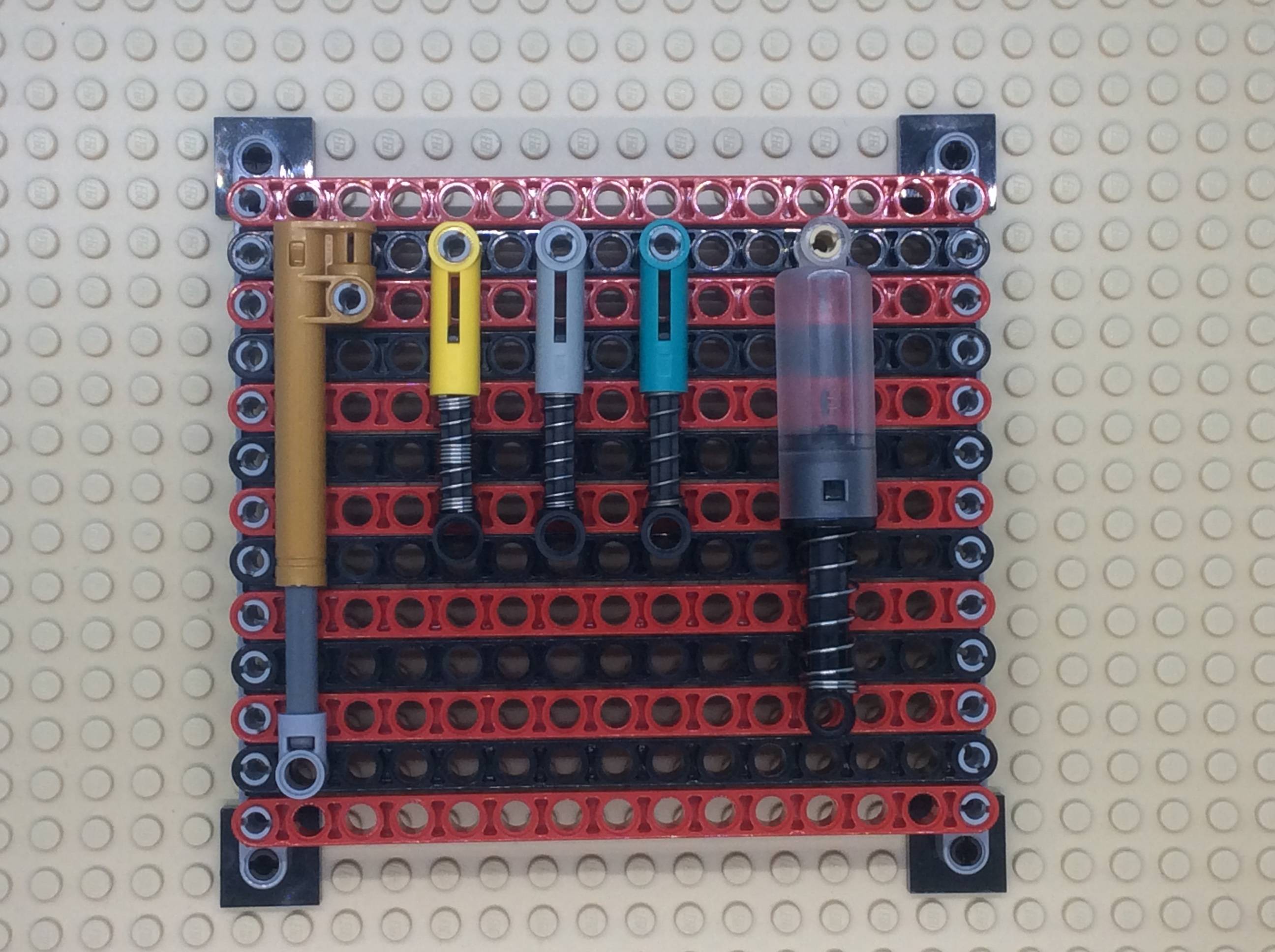 As you can see, there is some variance in dimensions. From left to right, the springs length in studs is 11, 6.5, 6.5, 6.5, and 10 respectively. Note that the three 731-series springs are 1 brick wide, whereas 32181 and 65151 are 2 bricks wide at their widest point, with 65151 being asymmetrical due to the top connection point sitting 1 brick lower than the top, and offset by 1 brick from the main shock absorber shaft.

Now let’s look at how far these springs compress: 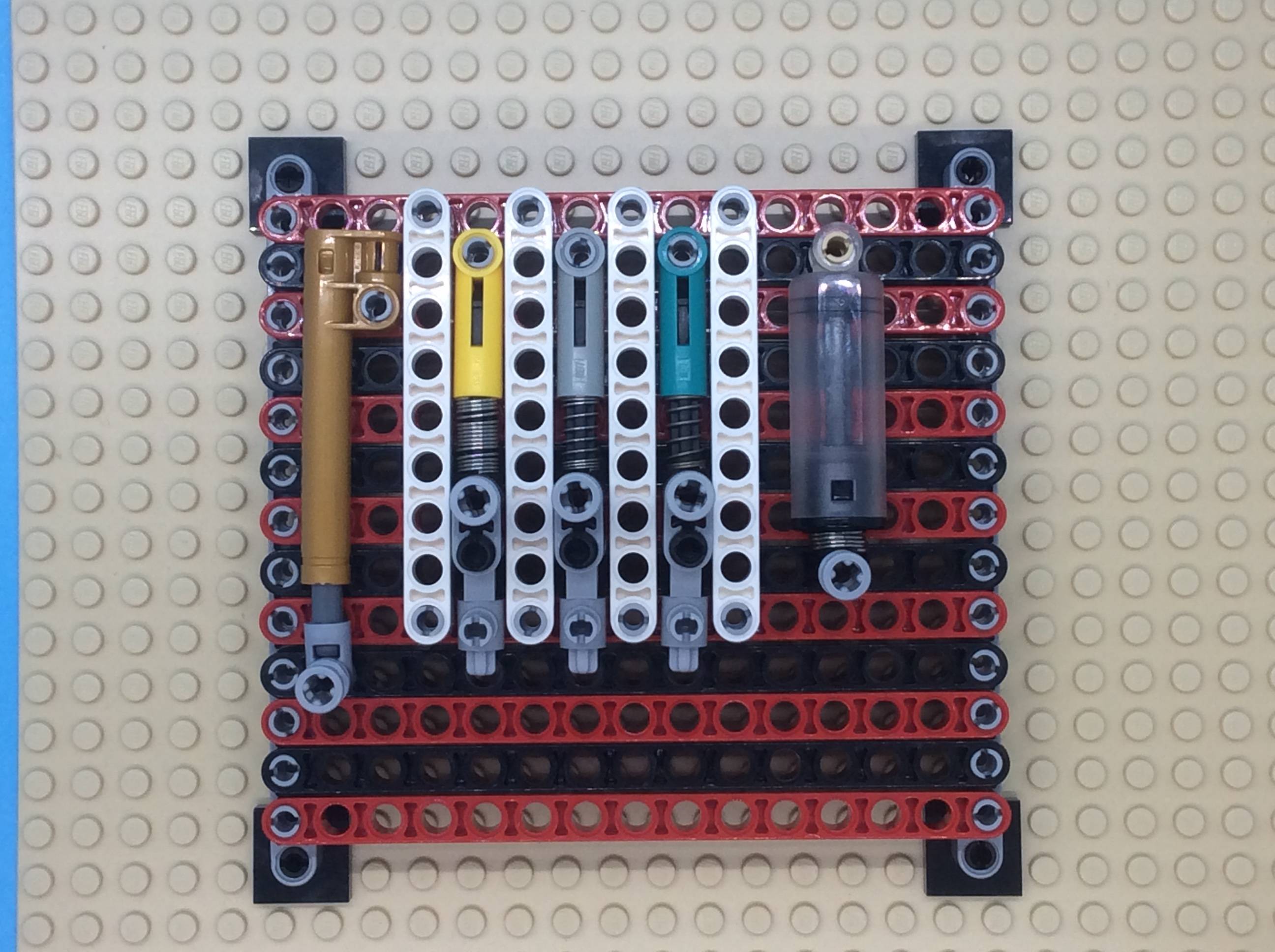 It was quite the struggle to get this group picture taken, as the power exerted by each spring was almost too much for the Technic pins holding them in place (and the half-a-stud offset of 731 is a bit of a challenge). As you can see, the compressed length of these shock absorbers is (from left to right) 9 studs, 5.5 studs, 5.5 studs, 5.5 studs and 7 studs.

Finally, let’s see how stiff these springs really are. As I am not a physicist, nor a mechanical engineer, my test setup is a bit archaic, but using baking weights I hoped to get an idea of how much weight it takes to fully compress the spring in each shock absorber. Here are some shots of various shocks undergoing testing: 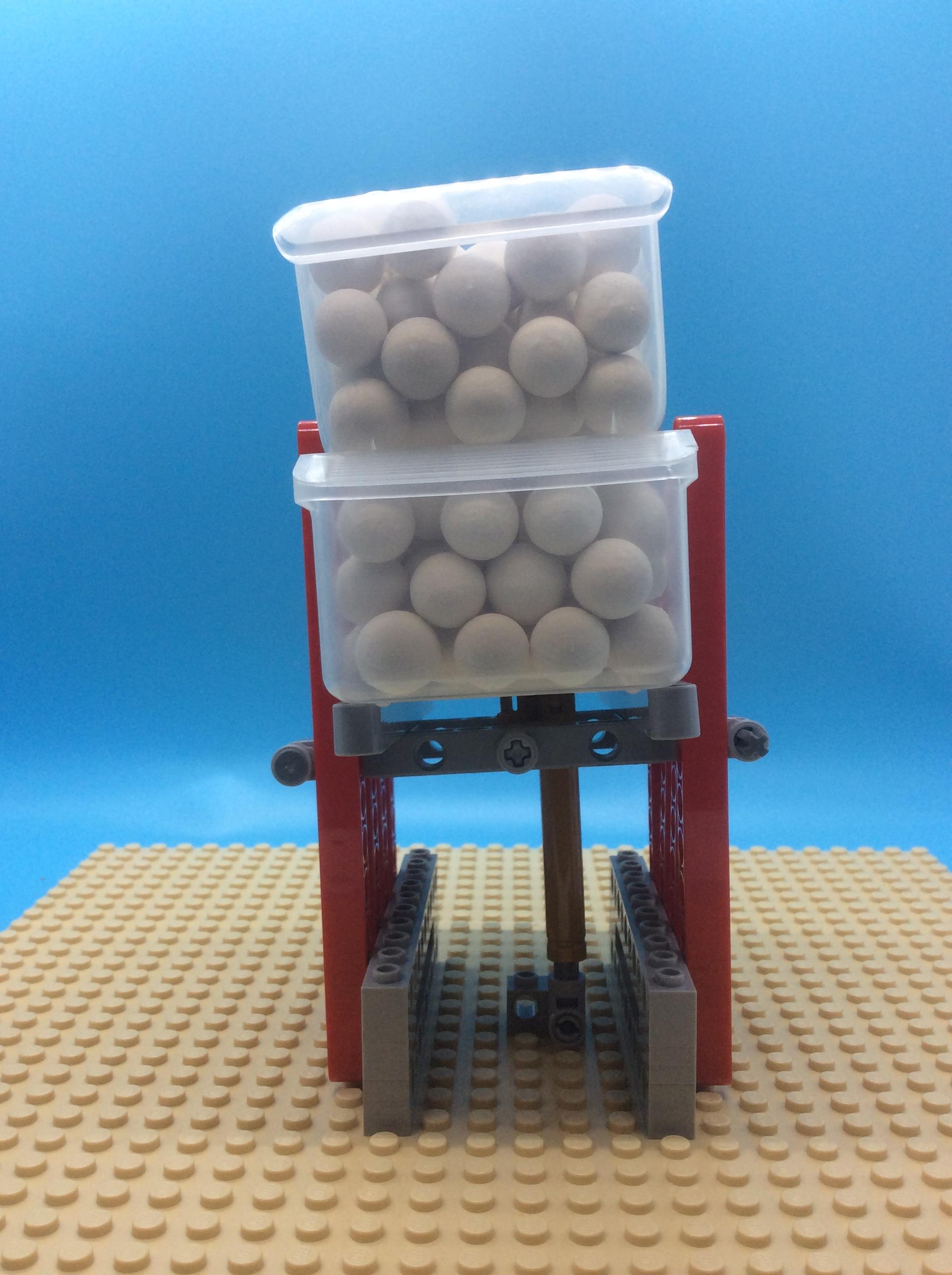 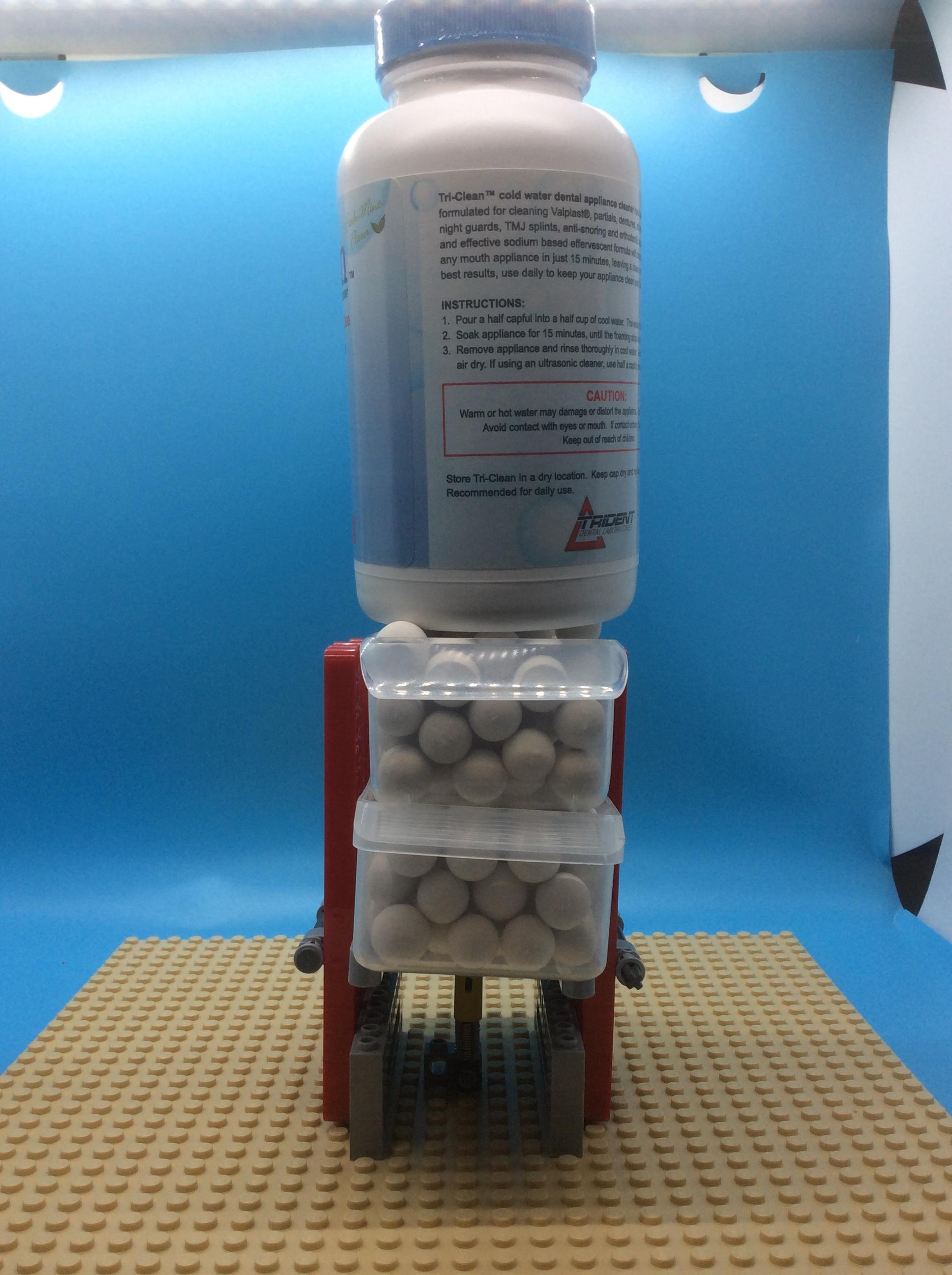 As you can see, some shocks needed more weight to fully compress than provide by my wife’s entire collection of baking weights, so I had to resort to more drastic solutions, such as adding dental guard cleaning powder jars.

With my methodology (placing too much weight on the springs, and then slowly removing weight until the spring started lifting the contraption up again) both 32181c04 and 731c04 handled up to 1.1kg in weight, while the other springs handled about half that weight.

Net, the front shock absorbers (there are 2 shocks in the front fork) in 42107 have the same combined strength as the single shock absorber in the back, but they have different features - the front absorbers can travel 2 studs while the back absorber only travels 1 stud), and due to its offset connection point the front absorber (65151c01) has a rotational ability that the traditional 731 series shock absorbers miss. Also, as 65151c01 is manufactured with 3 different colors (pearl gold for the upper part, dark bluish gray for the shock and light bluish gray for the lower connection point) it blends better into the build of the Ducati Panigale. So why did LEGO create this part? Likely because it needed to look like the actual bike’s suspension, and no existing and in-production spring had the characteristics and looks needed to make the front assembly look proper.

Here are the full test results, for those who are interested:

7
How exactly does the pull-back motor (12787) work?
6
Where can I find icons of LEGO bricks?
3
LEGO part counts on boxes without treads
1
Is there a database of images of LEGO pieces without a background?
9
Does everything produced by The LEGO Group count as "LEGO pieces"?
4
Does anybody know the part number of this tile?
2
Evolution of the LEGO part catalog over time
27
How does the LEGO Super Mario figure know which power up is attached?
25
Is it possible to build a working 100% LEGO glider with the Technic Catamaran sails?
6
Is there an open dataset of LEGO part photos suitable for machine learning?