The directions show the gears are suppose to move counter clockwise. When I follow the directions on page 268-269, and push the reverse button on the Lego power-up app for the Grand Piano, the gears turn for a quarter turn counterclockwise and then stop. Are the gears suppose to continuing turning? The gears run fine when running clockwise.

Tl;dr - Your piano appears to be functioning correctly. The step you mention appears to be resetting the gear to a known position. The playback direction is clockwise and free of restriction. The reset process is counter-clockwise and is restricted by another mechanism.

For reference, here are the instructions as a massive PDF.

It looks like you're following the mini-instructions after step 352. They include pairing your device to the piano and resetting the piano for playback.

The relevant step instructs you to press the button that looks like a gear being turned counter-clockwise.

This action should cause the axle driving the piano to rotate counter-clockwise as shown in the model view included in the step.

It looks like there is a one-way mechanism that is designed to prevent the axle from turning past a specific position when rotating counter-clockwise. It is visible in the step on the left side of the model view. 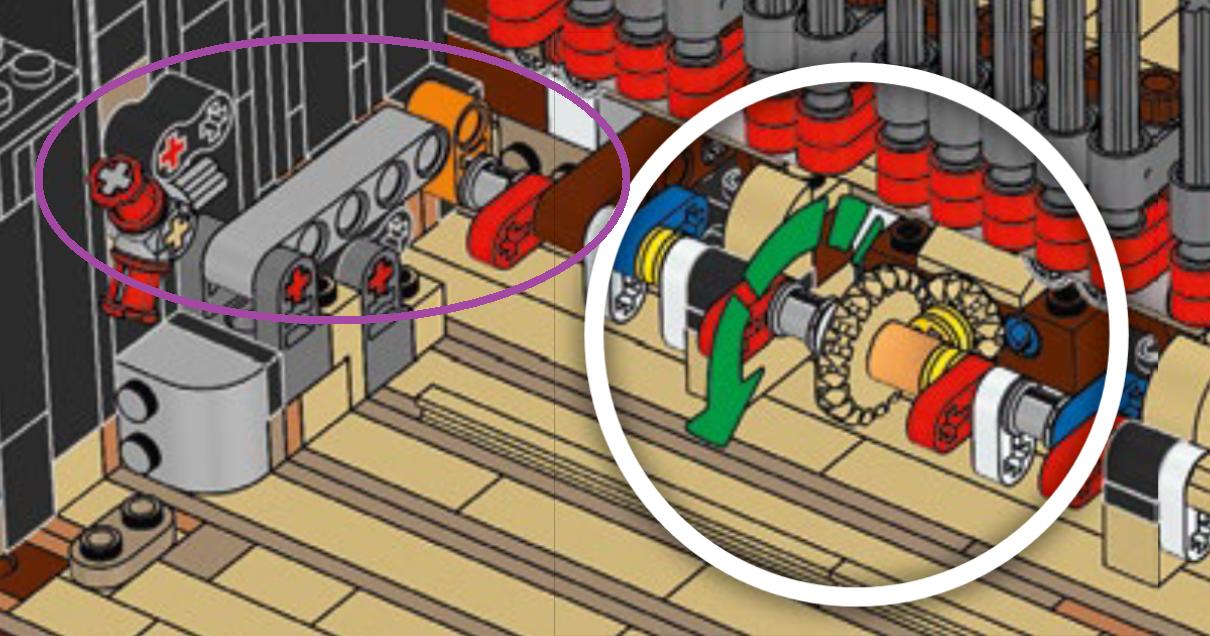 Without having the set, I am guessing that the axle should rotate clockwise when playing.

This mechanism appears to provide a consistent rotational starting point so that the axle is aligned to a known position at the beginning of the sheet music. The axle looks to function as a crankshaft of sorts. The mini-instructions include the process to reset the crankshaft so that that piano is playing in sync with the sheet music being shown in the app.

Not the answer you're looking for? Browse other questions tagged building instructions gears or ask your own question.