What is the best solution to power up two 5292 buggy motors? 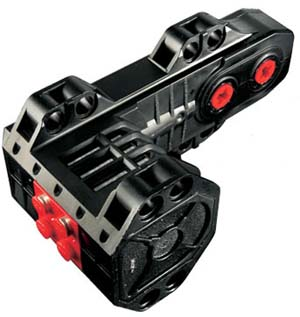 I see powering each separately and using two IR receivers soon triggers the receivers' protections and the motors are stopped.

My aim is not speed, I see battery options powering with 7.2-7.5V instead of others powering with 9V, obviously the latter ones performs faster, but I try to have a safely working setup, without burning components. 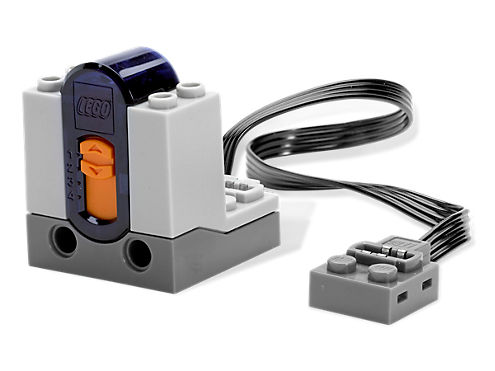 What is the best way to power up them? Is there a way to avoid using Android apps and bluetooth, or EV3 stuff, by using an IR setup at all? Is it possible to avoid SBicks and BuWizz? If not, are these reliable? I see people talking about LiPo instability. Is it that fire-hazardous?

Having in mind that Lego has overheat protections that often stop the motors on load, first question would be: is there a setup with Lego's LiPo battery to avoid the known hiccups behavior, without bypassing the protections? 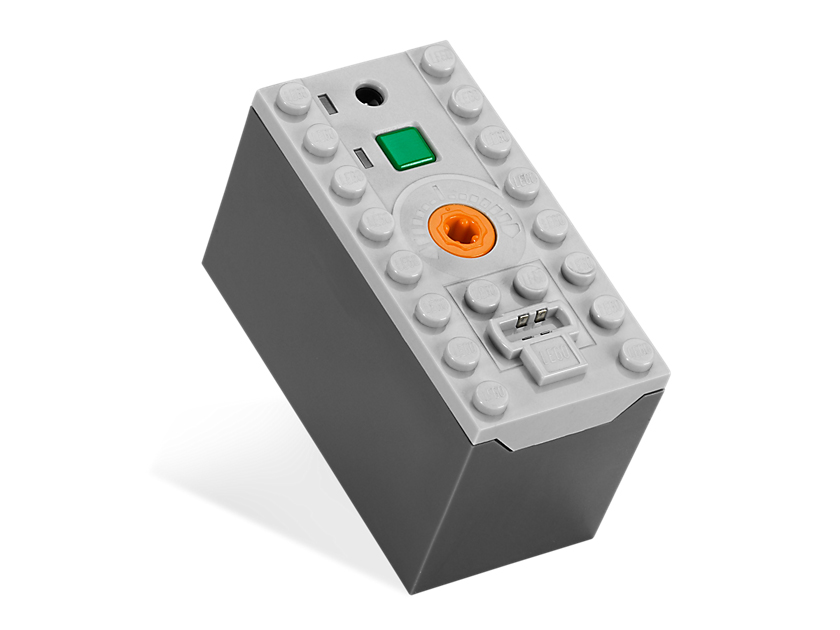 And I have a side question: how to control a buggy motor using its box 54734, that come together in the 8287 set, with an IR Receiver? Mine simply does not power up the IR. I've tried all Lego Power Functions extension cables, the IR receiver doesn't lit. 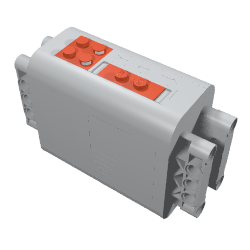 I have a RC power unit now: 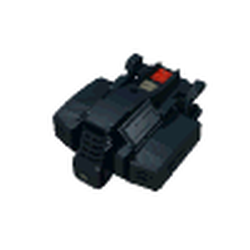 A thing that nobody tells ~ and I've searched a lot ~ is that steering goes 45°, unlike the servo motor that goes for 90°. 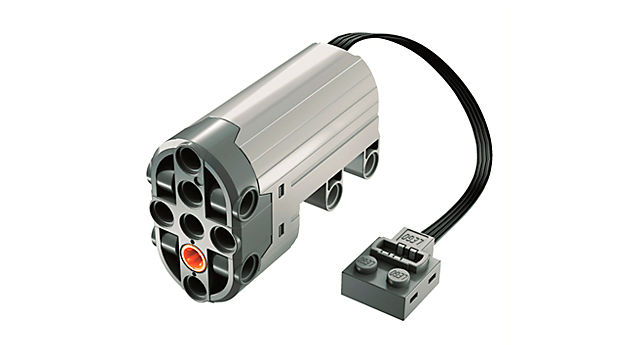 Building big means heavy (I try the agrof's class 1 buggy), so I've used multiplication twice in order to achieve the same 90° with the RC unit. This powered down the steering so it could not work when not running. A crackling sound is heard from it too, when tried. The multiplication is like this:

agrof's steering is pretty complicated to change in order to use a 20T instead of 12T due to the steering wishbones and link positioning, as the 20T is bigger in diameter. Also, don't know if it is enough. 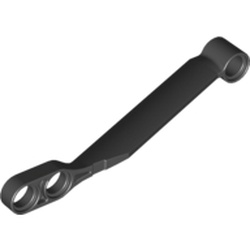 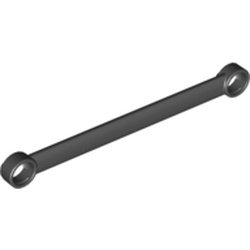 Now, similar to Michael Verschaeve's idea, the 45° steering could be used to action a switch in order to steer using a servo motor, but seems pretty weird to me. 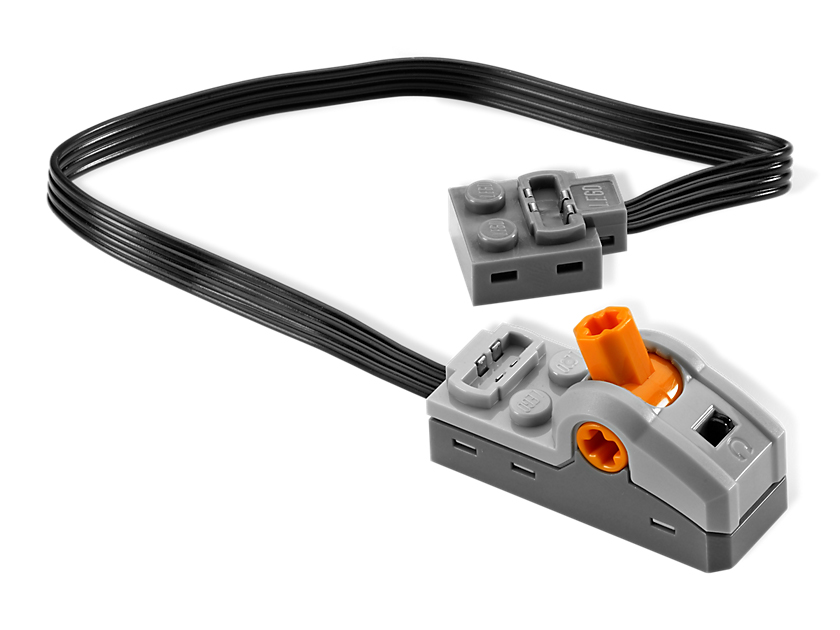 What might be a solution is having the V1 receiver control a medium motor or servo which mechanically switches a 8869 control switch which in turn switches the buggys on and off...

As for the old battery box, I think the reason you don't get it to power a V1 receiver is because power functions have two pairs of wires, a control pair and a pair that gives a constant voltage.

M,L and XL motors only use the control pairs of wires.

A servo uses the voltage pair to keep its position and the control pair to determine the position.

When using PF to 9V conversion cables, I think only the control pairs get connected, never the voltage pairs so the receivers cannot be powered by 9V battery boxes or cables...

Not the answer you're looking for? Browse other questions tagged power-functions motor or ask your own question.

15
What's the best way to link two (or more) LEGO Power Functions (PF) train motors together?
6
Making or buying a really long Power Functions cable
6
Does the LEGO "Power Functions Extension Wire" (8886) work in both directions between old 9V and new Power Functions devices?
7
What LEGO Power Function parts do I need to make an RC car?
5
Problem with running two XL motors motors
1
Can two Powered Up train motors be plugged into one hub
3
Mindstorms EV3 unable to drive two motors simultaneously
2
PF: One battery block, one IR receiver, two motors on same port
4
What is the power of Lego Powered Up motors (M, L, and XL) and the Move Hub motors?
3
Can an EV3 power a buggy motor with the NXT to 9V extension cable?